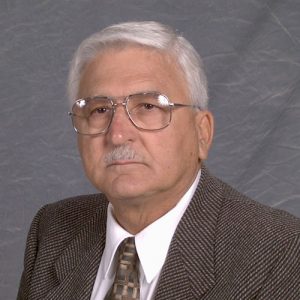 Joseph D’Arco is the Retired Deputy Fire Chief/Administrative Officer of the Clifton Fire Department, Clifton, NJ. Mr. D’Arco served in the ranks of the Fire Department from 1961 until his retirement in 1995. In this position, Mr. D’Arco assisted in the preparation and administration of the Department’s annual budget (in excess of $10 million) and directly supervised 144 emergency medical technicians, including training and state certification. He also served as the Fire Department’s Public Information Officer for Fire Prevention and Media Awareness. Mr. D’Arco is a longtime Deborah supporter and volunteer, serving as First Vice President, Donor Credits Chairman, Publicity Chairman and Golf Tournament and Bingo Volunteer for the Stuart Sunshine (FL) Chapter. Both of Mr. D’Arco’s parents were Deborah volunteers and instilled their dedication in him. During his service to the Clifton Fire Department, Mr. D’Arco was an Adjunct Professor of Fire Science at Passaic Community College, Paterson, NJ and an Instructor at the Passaic County Fire Academy. He earned his Bachelor of Science in Fire Science from Jersey City State College, Jersey City, NJ, and served two years in the United States Army before being honorably discharged.

During his tenure as Deputy Chief, Mr. D’Arco was recognized for obtaining donations from three area hospitals to obtain the Clifton Fire Department’s first defibrillation unit. He also received numerous awards, including the Fireman of the Year Award from the Clifton Jaycees. Since his retirement, Mr. D’Arco has remained an active supporter of the New Jersey State Firemen’s Mutual Benevolent Association, where he is a life member, as well as the Clifton Firemen’s Mutual Benevolent Association, with which he has been involved for more than 30 years. Mr. D’Arco was first appointed to Deborah Hospital Foundation Board of Directors in 2002. “As the preeminent heart and lung facility in New Jersey, Deborah has always had a special place in my family, which has a long history of service to Deborah Hospital Foundation,” said Mr. D’Arco. “Deborah Heart and Lung Center has established a long and distinguished record of treatment and service to its patients and community. As a member of Deborah Hospital Foundation’s Board of Directors, I look forward to assisting in this legacy.”